Best Pen Ideas and Concepts for the Future

Home > Informative > Best Pen Ideas and Concepts for the Future

Pens have come a long way over the years. What initially started as sticks cavemen would use to mark a rock or draw in dirt has developed into the pen we know – a product used worldwide on a daily basis. A fairly recent development – Smart pens, offer the additional functionality of converting your writing into a digital form you can use on a computer. 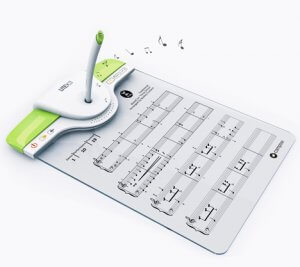 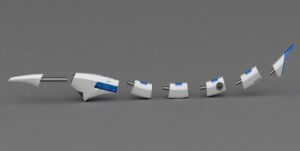 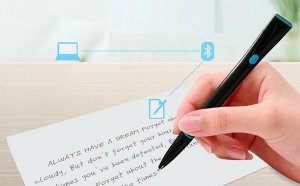 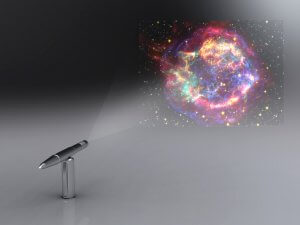 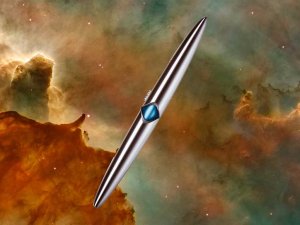 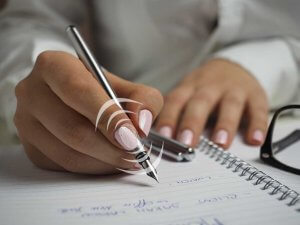 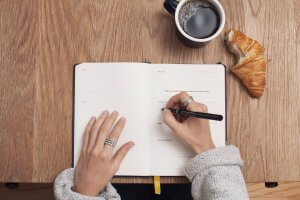 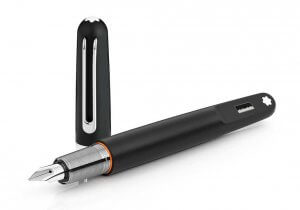 Searching the internet returned numerous pen ideas and concepts of varying ingenuity and inventiveness. We have chosen the pen concepts we hope become a reality in the future which you can find below. 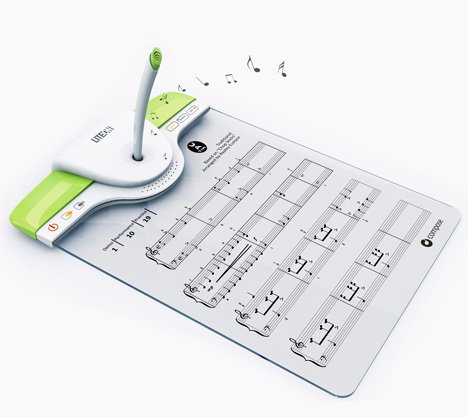 Convert audio/singing recorded with the pen into “digital” sheet music

The compose pen concept allows you to record audio via the pen, whether that be actual music or singing. You then dock the pen, allowing the device to transcribe the audio into sheet music on the digital display. You can then modify the sheet music directly on the display using the pen. This pen would be ideal for both music beginners and enthusiasts. It can turn that random jingle you come up with whilst on the move into a digital melody. 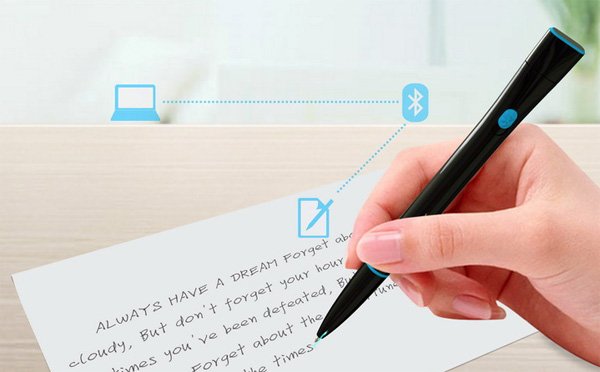 This beautiful concept allows you to take notes the traditional way (good ol’ pen and paper) whilst creating a digital “backup”. The digital backup can later be modified via computer. Words are converted whilst you write and sent to a connected digital device, such as a smartphone or laptop. You can then use your handwritten notes in digital form to send as a an email, add to your favourite note taking app or edit in a word processor. This device would be a great tool for those who prefer to take notes via pen and paper. It takes away the distraction of using a smartphone, tablet or laptop.

Technically, this product already exists in the form of a Smart Pen – and so isn’t a concept anymore but a reality. However, these products at the moment, do not work as intended or don’t work as optimally as they could. Words can be distorted, written incorrectly or missed completely. Voice recognition was invented in the 1970s. Over 40 years later the technology still leaves me shouting furiously at my smart phone after it’s tried to call “Brad” and not “Dad”. If this device worked consistently and was priced correctly, I personally believe it would become a worldwide game changer. It could become as common as a smart phone or a wallet. 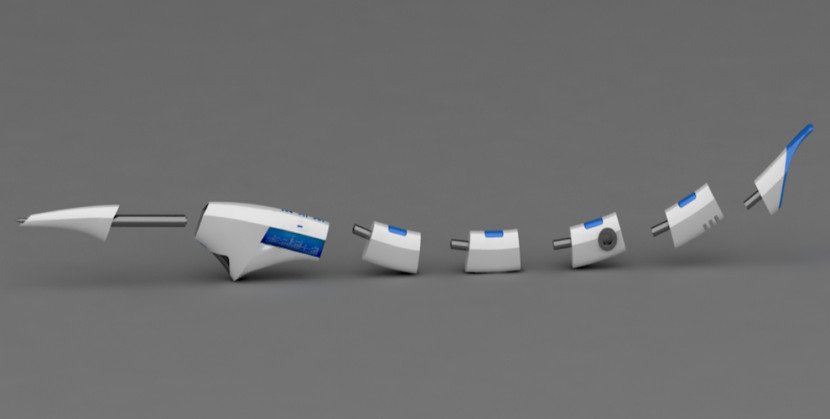 The Pendragon concept is an amazing idea. Firstly, it’s called Pendragon – stop talking and take my money already. Secondly it’s modular unlike other multifunctional pens on the market. Thirdly it features both several types of pen and various digital functions, combining them into one product. The Pendragon features:

You simply choose your feature by connecting the desired module. This concept not only looks great but if put into production would offer nearly as many features as a smartphone plus combine the latest technology with the ancient art of writing. 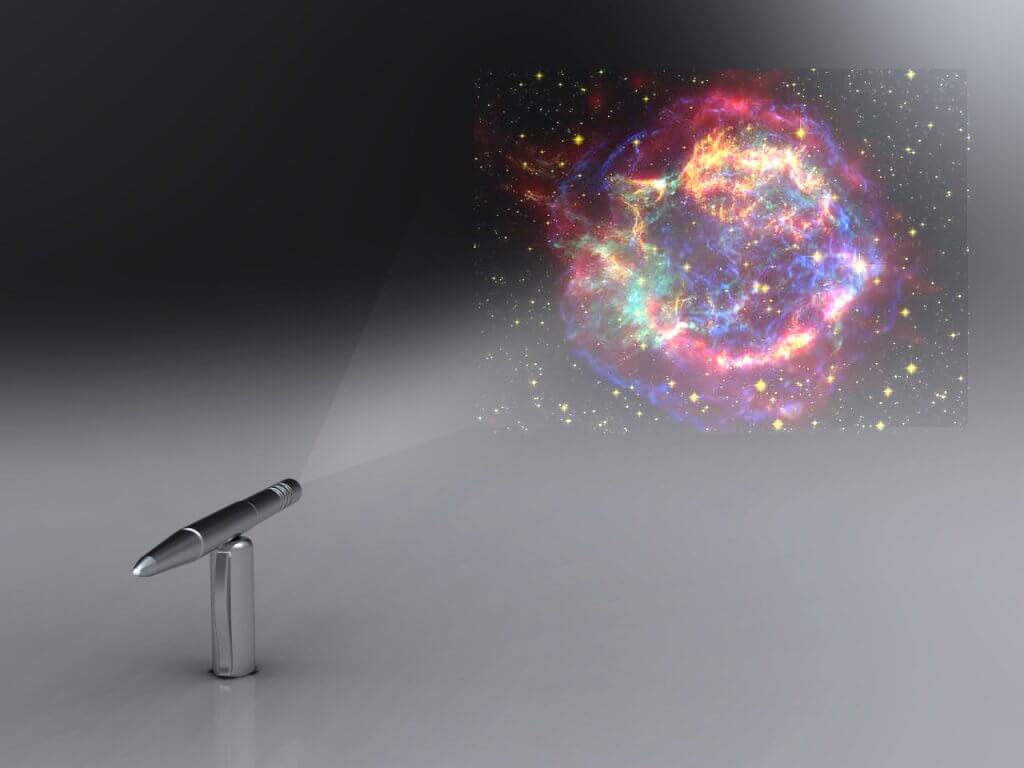 The function of this product is fairly self explanatory – it is both a writing instrument and a projector. Projectors are a costly investment and generally more expensive than pens; disguising your pocket cinema as a pen can prevent theft and replace your current pen, meaning you don’t have to carry any additional items in your pockets. 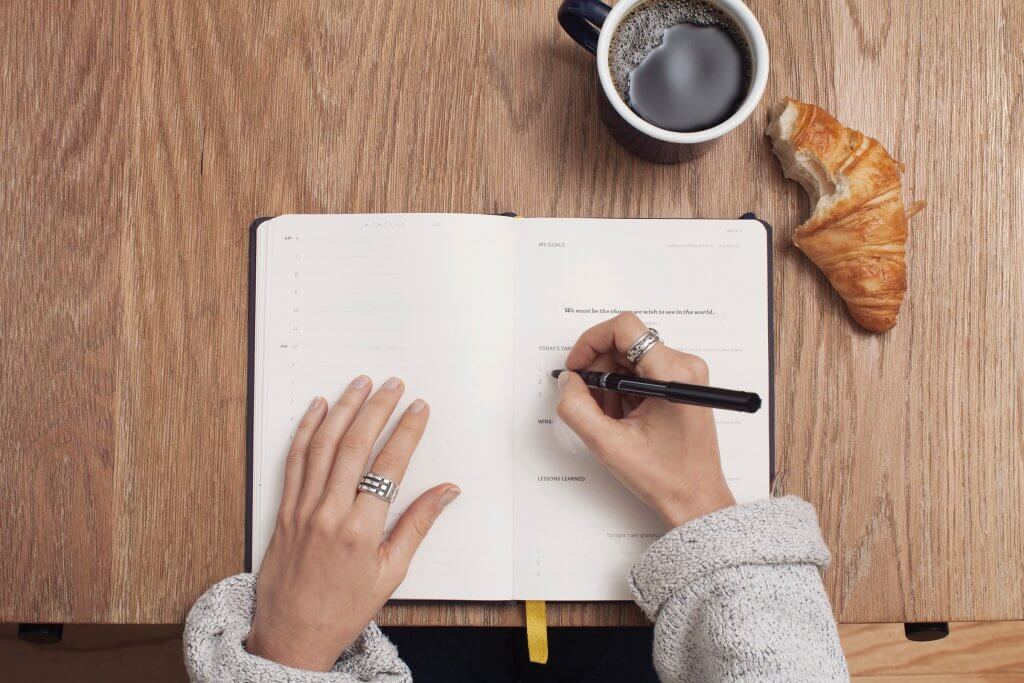 The pen that adjusts to your mood

Phillips, the technology giants, filed a patent for a pen that could record your temperature, how firmly you’re gripping the pen and your heart beat. The pen will then react to your mood, making a number of adjustments such as changing the flow of ink, adjusting the flexibility of the nib, modifying the colour of ink and changing how consistently the ink flows to create a more loose writing style. Phillips believes your mood will be further expressed through your writing, transforming the look of love letters, thank you letters and stories. 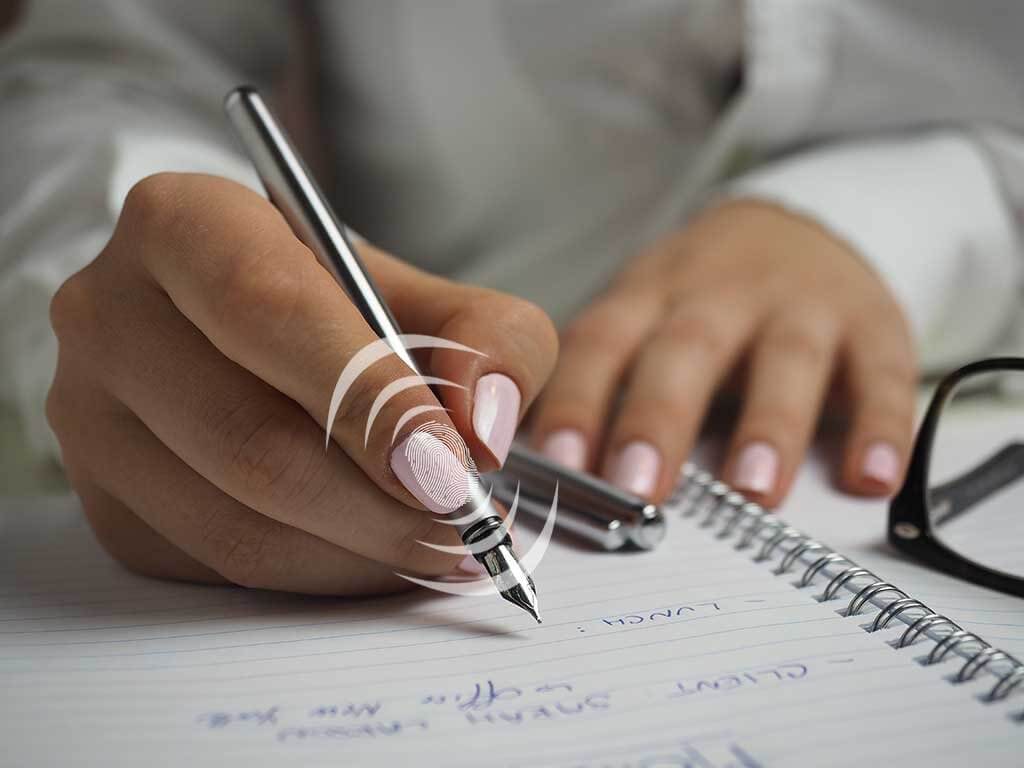 The pen that only you can write with

Everyone likes personalised products, whether it’s an embroidered towel with your name on or a phone case featuring your favourite picture. What’s not to like about a pen that only you can use? A fingerprint enabled pen would use bio-metric technology to only allow ink to flow if the user’s fingerprint can be verified. Such a feature would help prevent theft as there’s no point in stealing a pen you can’t use. Plus it could be used for enhanced security such as for ensuring the correct person is signing an important document. 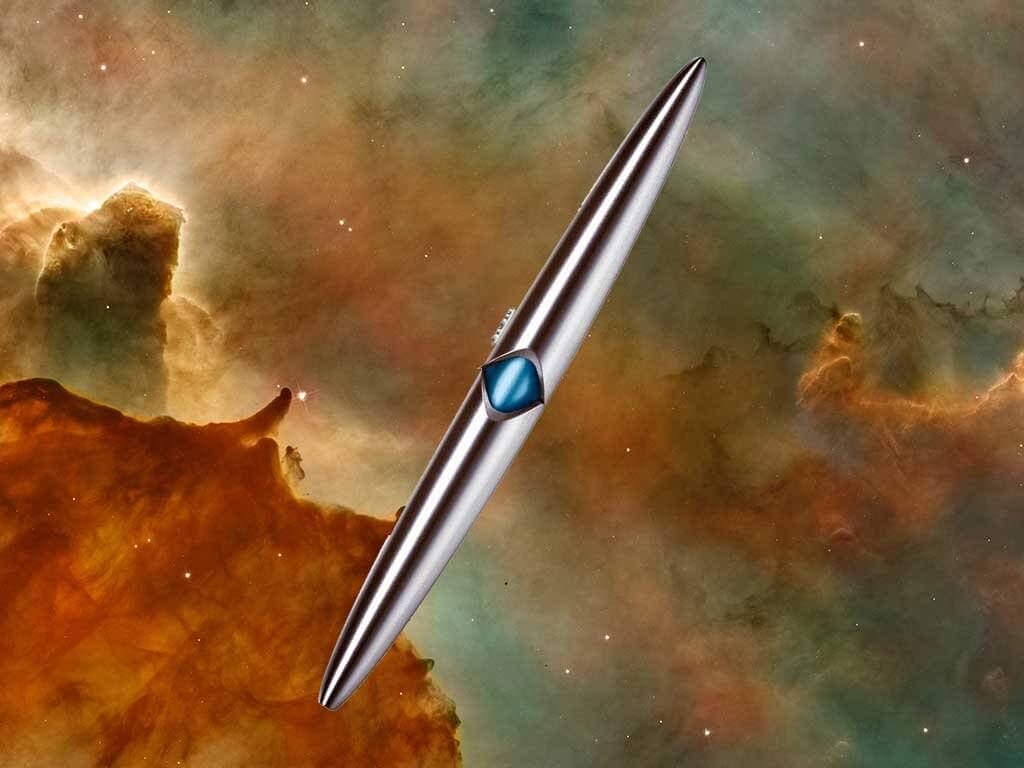 The pen that refills itself as you use it

One of the annoying features of using a pen is that eventually you either need to refill the ink or dispose of it. Ink refills are far more convenient than the tedious process of constantly refilling a quill or dip pen. However, imagine how convenient not having to refill your pen again would be. This concept, and let me stress this is a concept, would extract moisture and pigments naturally occurring in the air around us, convert it to ink and store it within the barrel of the pen. In a world with an increasing focus on recycling and where, according to the EPA, Americans throw away 1.6 billion disposable pens every year, this pen could also help reduce global plastic waste.

A drawback I can foresee is the ink would have to be water based plus extracting colour pigments from the air isn’t something I would have thought is possible. Nonetheless, a pen that never runs out would be a game changer in the writing instrument market.

Our shop offers a wide choice of refills for a range of popular pens and brands. 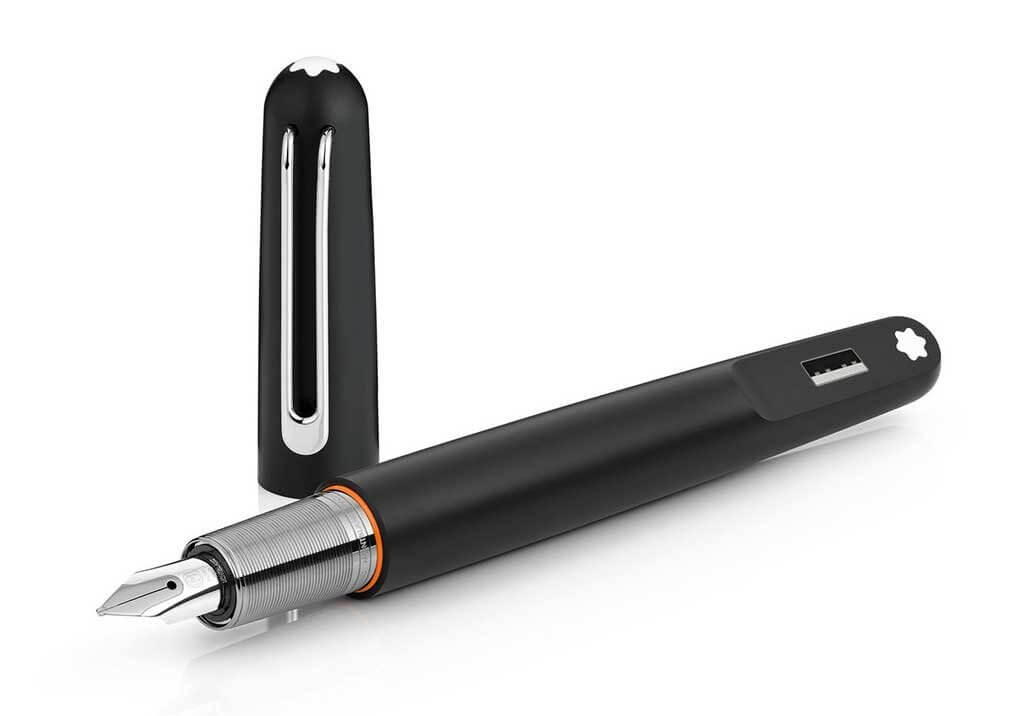 The pen that keeps your mobile phone charged

Mobile phones are at a stage in their evolution where parts and features use more power than a typical battery can provide over the course of the day. In fact, 90% of people suffer from “Low Battery Anxiety”, worrying about their phone running out of battery. Portable chargers are becoming increasingly popular, but why carry an extra product in your bag/pocket than you need to? The Power Bank Pen would, as the name suggests, combine a power bank with a pen to give your phone that extra bit of juice in an emergency. Fine writing enthusiasts might be perturbed by the additional weight in the barrel but a small multi functional power bank that fits in a pocket would be appealing to most smartphone users.

Conclusion – The Future is Already Here

The pen has remained a popular everyday product over the last 100 years. In this time inventions such as typewriters, MySpace and fax machines have come and gone, but the humble pen has remained. The fact that the pen is so common, popular and portable will always make the pen susceptible to a redesign or renovation. After much research on the internet it quickly became apparent that most of the decent concept ideas for pens were in fact already a reality. Pens of note which have achieved their goal of going from concept to reality are:

What pen would you like to see make it into production? Leave your comments below…

Browse Portfolios and Organisers in our Shop 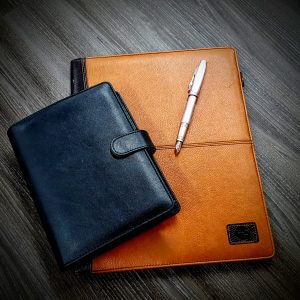